Ekklesia Hymns is the music ministry of Matt Foreman, pastor of Faith Church in Media, PA.  His goal is to serve the church by writing, arranging, and recording music for worship – specifically, new tunes to old hymns, bringing the ancient truths of the Gospel to a new generation.

Matt was raised in suburban Atlanta.  From an early age, he studied piano and began writing music.  He became a Christian in college in 1994 and was very influenced by the new hymn movement happening on college campuses that grew into Indelible Grace Music.  Matt graduated with a degree in Music from Furman University and later completed a Master’s degree in theological studies from Westminster Theological Seminary.  He became pastor of Faith Reformed Baptist Church in 2003.  He is also a lecturer in Practical Theology at Reformed Baptist Seminary, teaching on Worship and Music.  He has written over 40 songs for worship, many of which can be accessed on this site… 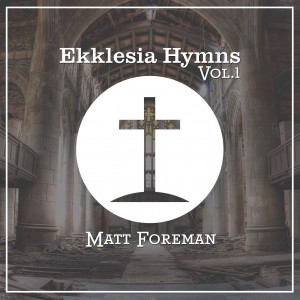 In 2015, after many years of planning, Matt finally completed his first studio album.

Ekklesia Hymns, Vol.1 – is a collection of 14 retuned hymns intended for corporate worship.  The album is available to listen and download from Bandcamp.  (it is also available on Amazon and iTunes.)